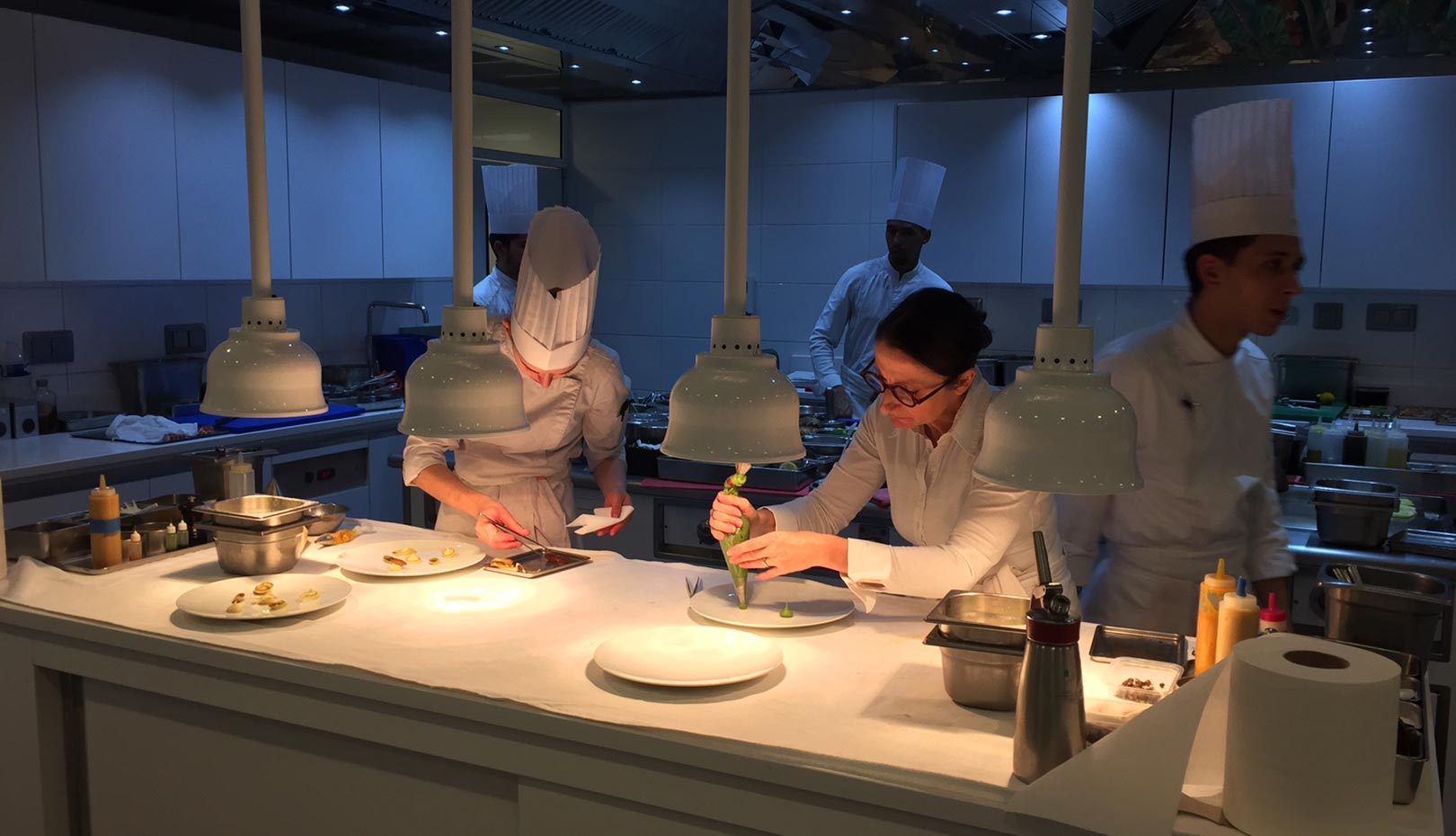 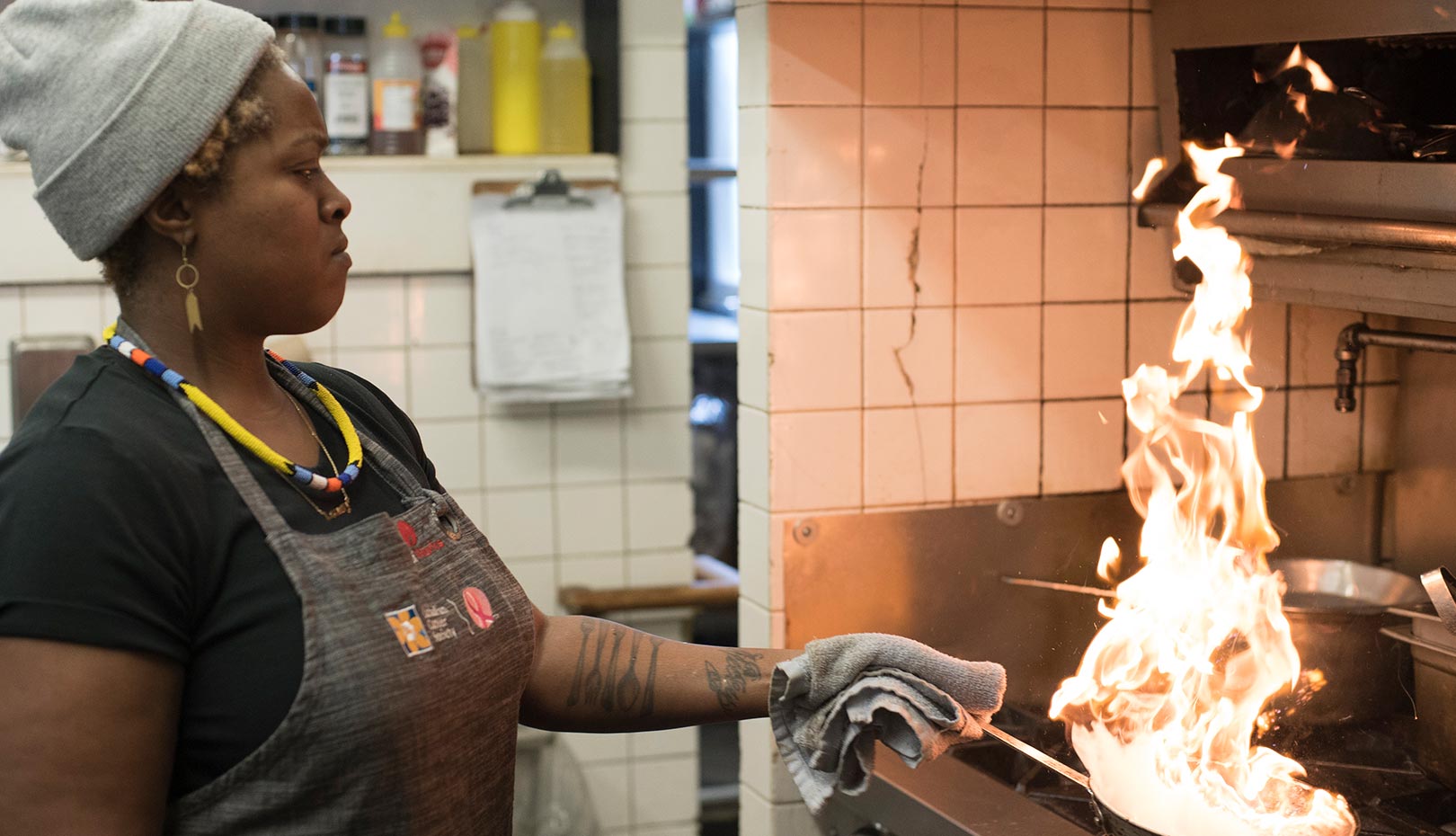 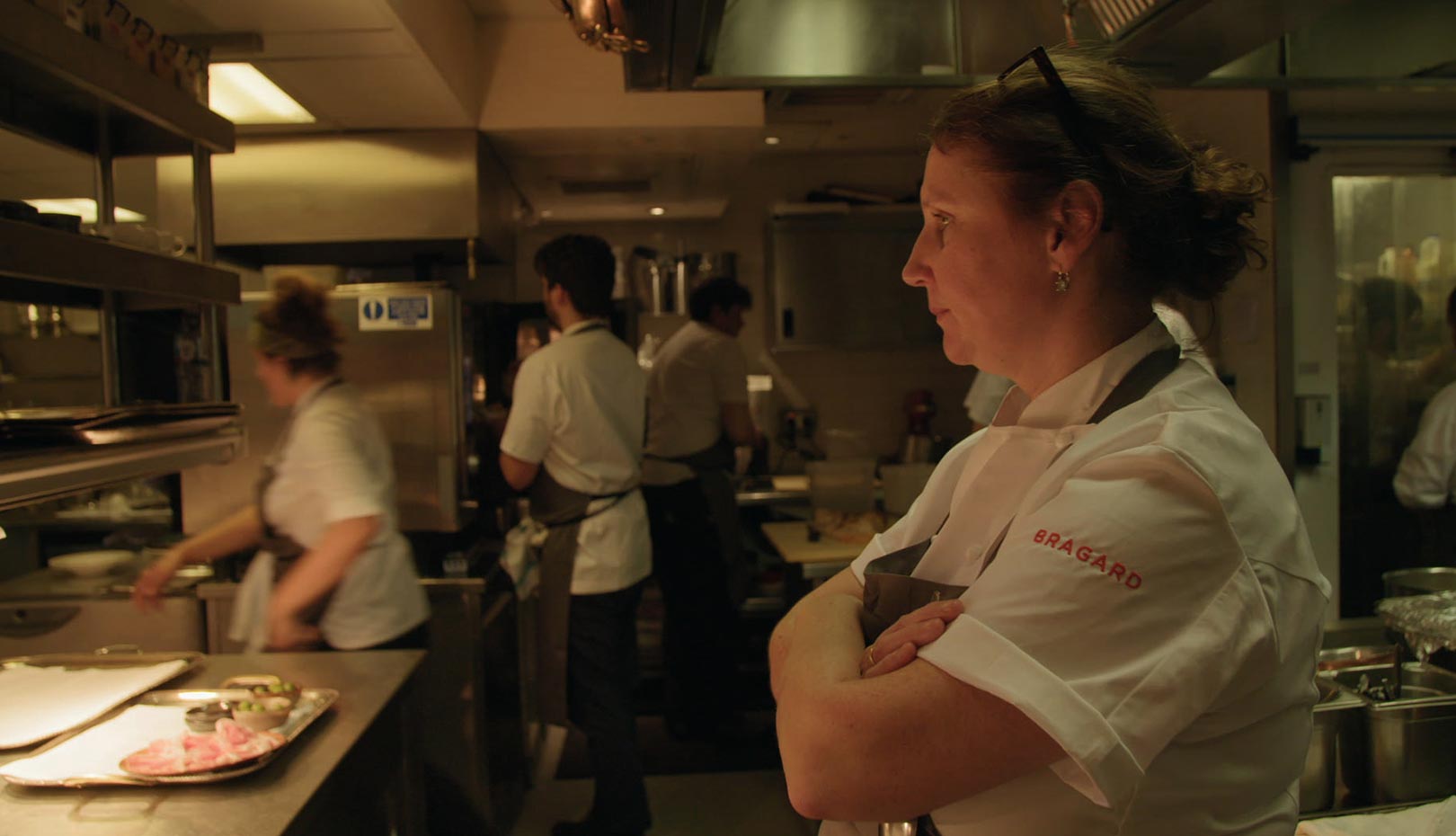 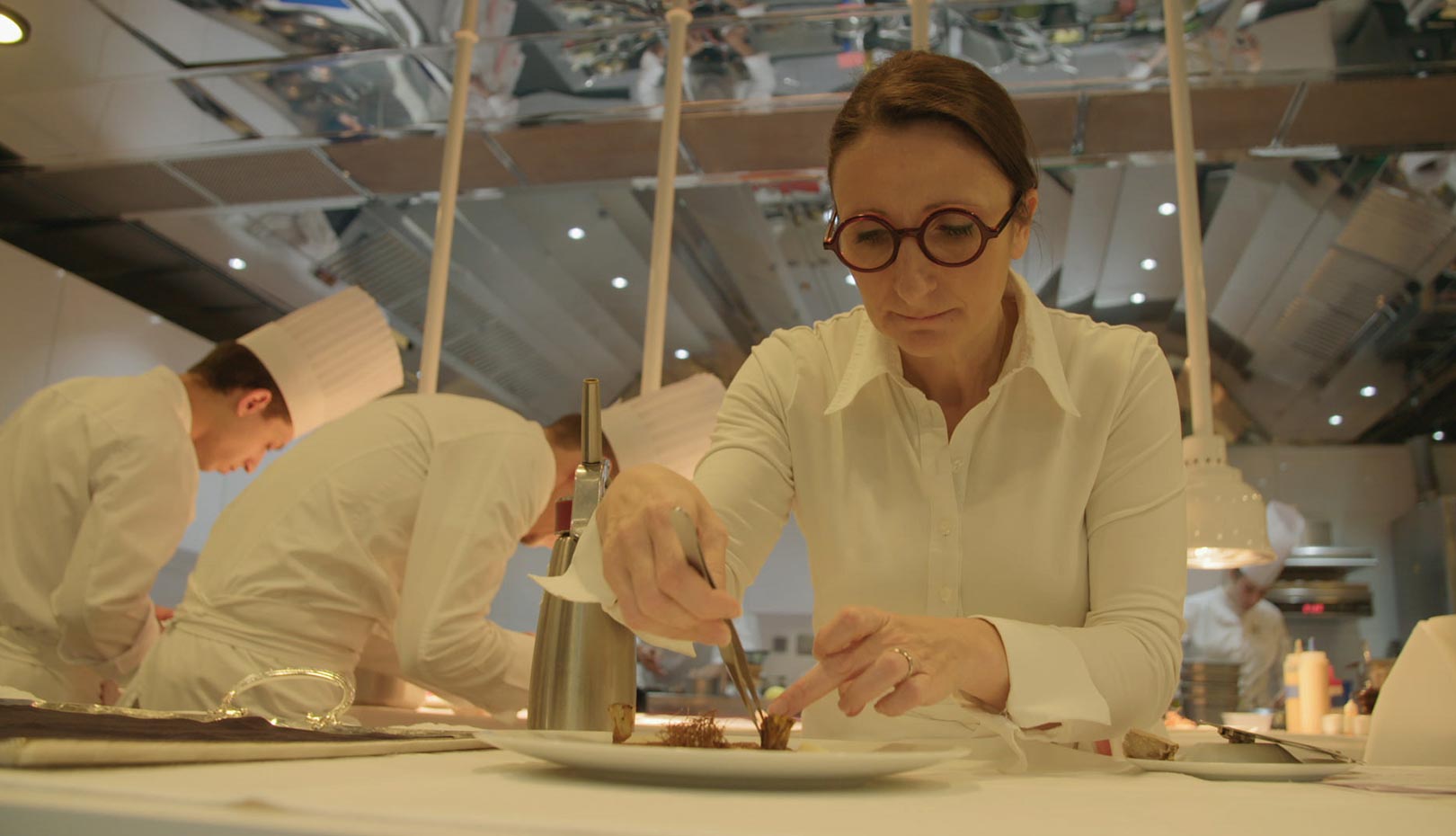 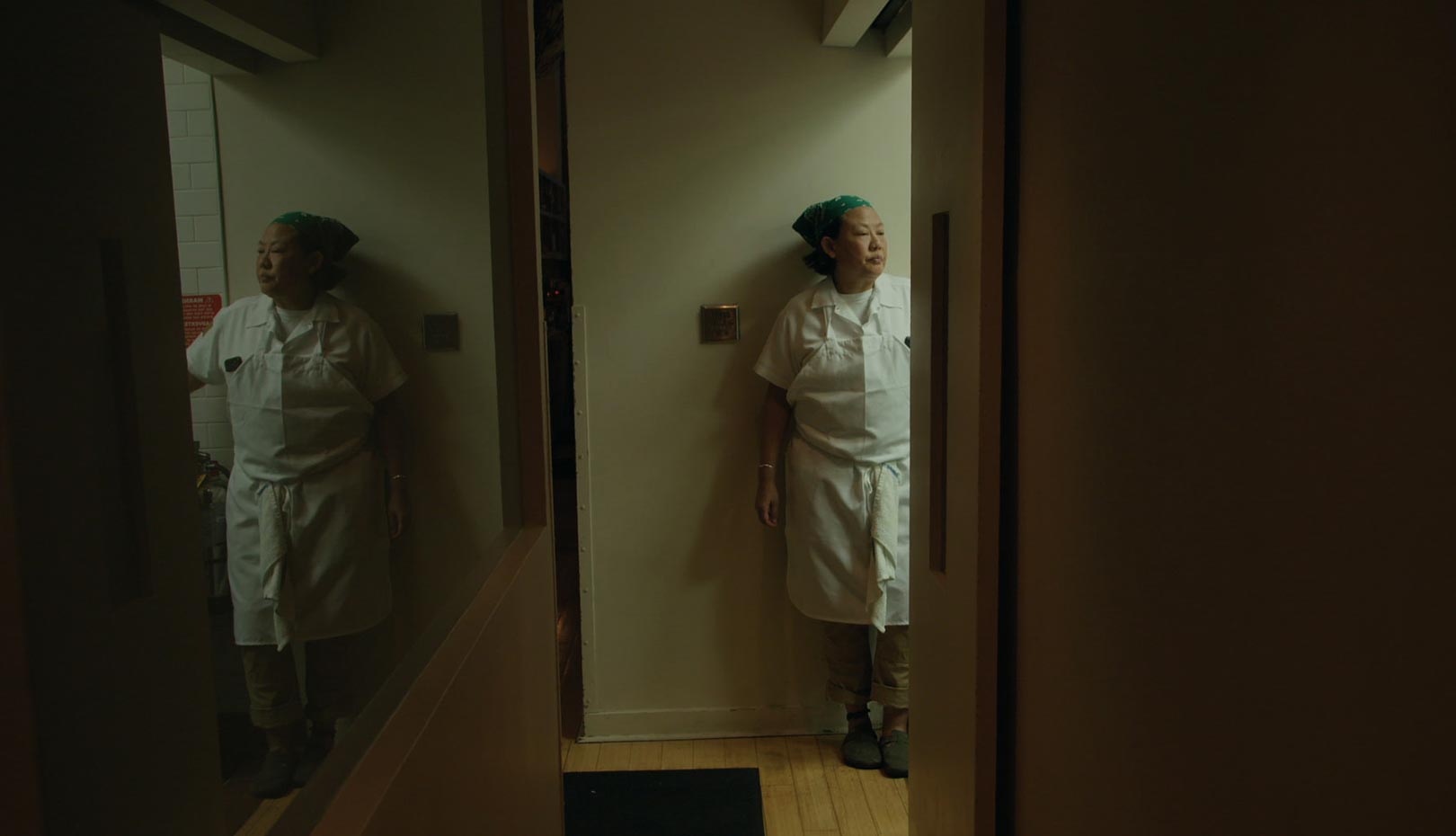 The Heat: A Kitchen (R)evolution

The Heat: A Kitchen (R)evolution by Maya GALLUS shows female chefs struggling to overcome challenges in the kitchen. Their work environment is male-dominated, deeply infused with F-words and a hierarchical military culture with emphasis on total obedience. Such a culture has been accepted because of the belief that the kitchen is filled with fire hazards, and is prone to mishaps unless each and every process works perfectly. Male chefs act like two different people in and outside of the kitchen. To the customers outside, they explain their dishes in a polite and sophisticated manner. Outside the restaurant, they are treated like celebrities who stand in front of photo walls at important events and pose for magazine covers. Pictures of male chefs with their arms crossed or on each other’s shoulders seem to suggest that the kitchen is a man’s world. Yet in many cases, their rage has nothing to do with the quality of the dish or safety; they simply have anger management issues. Their different attitudes in and out of the kitchen do not mean they are able to separate work and private life; it means they are arrogant and judgmental people who insult their colleagues daily. What does that have to do with actual cooking skills? The female chefs that GALLUS meets ask valid and common sense questions - is it difficult for women to become chefs because they aren’t considered ‘tough’? Nothing is ‘tougher’ than becoming a chef as a woman, or a woman of color at that, as they fight against prejudices of race, gender, and class, all the while seizing opportunities to become a better cook. Some might say there are less skilled female chefs than male chefs, but it is only because history is written by the victors. Some might say women do not have leadership skills. These female chefs have actively taken charge when they were sexually harassed, unfairly dismissed, or bullied at work. The female chefs in this film apply their ‘toughness’ to fighting prejudice, their professional skills to their dishes, and their leadership skills to bettering fair trade and the culture of their workplace. [KWONKIM Hyunyoung]