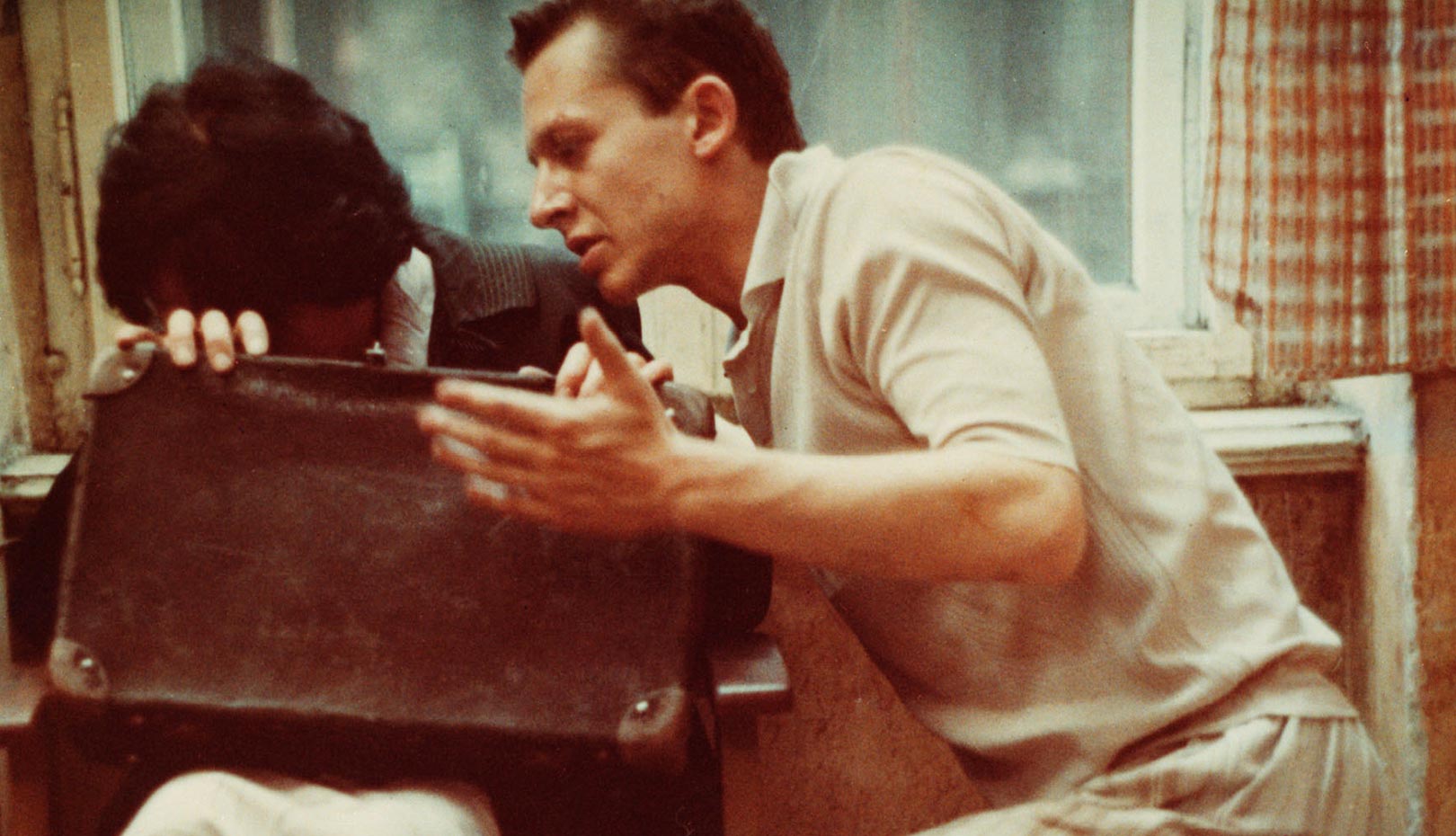 Middle-aged postal worker Irena lives in a small room with her 8-year old son, without sufficient water and electricity. She lacks daily necessities, her neighbors are hostile, and her son often gets in trouble at school. Could Jacek’s ardent love confession be the light in her life? It’s possible to predict that it won’t. Irena's loneliness doesn’t only spring from her personal temperament or circumstances. Her hopeless life does not gel with the distribution policy of the communist regime, nor the Solidarnosc strike that was shaking Polish society. On the way to the government building with her son, Irena runs into the demonstrating crowd as they march with pickets reading “TV is a liar,” and “release political prisoners.” But she simply walks across and past the parade. She begs the authorities for justice and asks for a house until the police pull her out of the building. She tried to escape her situation without having any political agenda, and despite it all it ends in absurd madness. That’s why it’s even more tragic. In 1981, the director finished the film for TVP, a Polish state TV channel, but the film was banned for 6 years under the martial law proclaimed in December of the same year. It was finally released to the public in 1987. The tragedy of the characters of the film expanded to the film itself. Screening of the film used to be limited even outside of Poland but nowadays it is being rediscovered as the director’s early masterpiece. It is introduced for the first time in Korea through the Seoul International Women’s Film Festival. [KIM Sukyun]