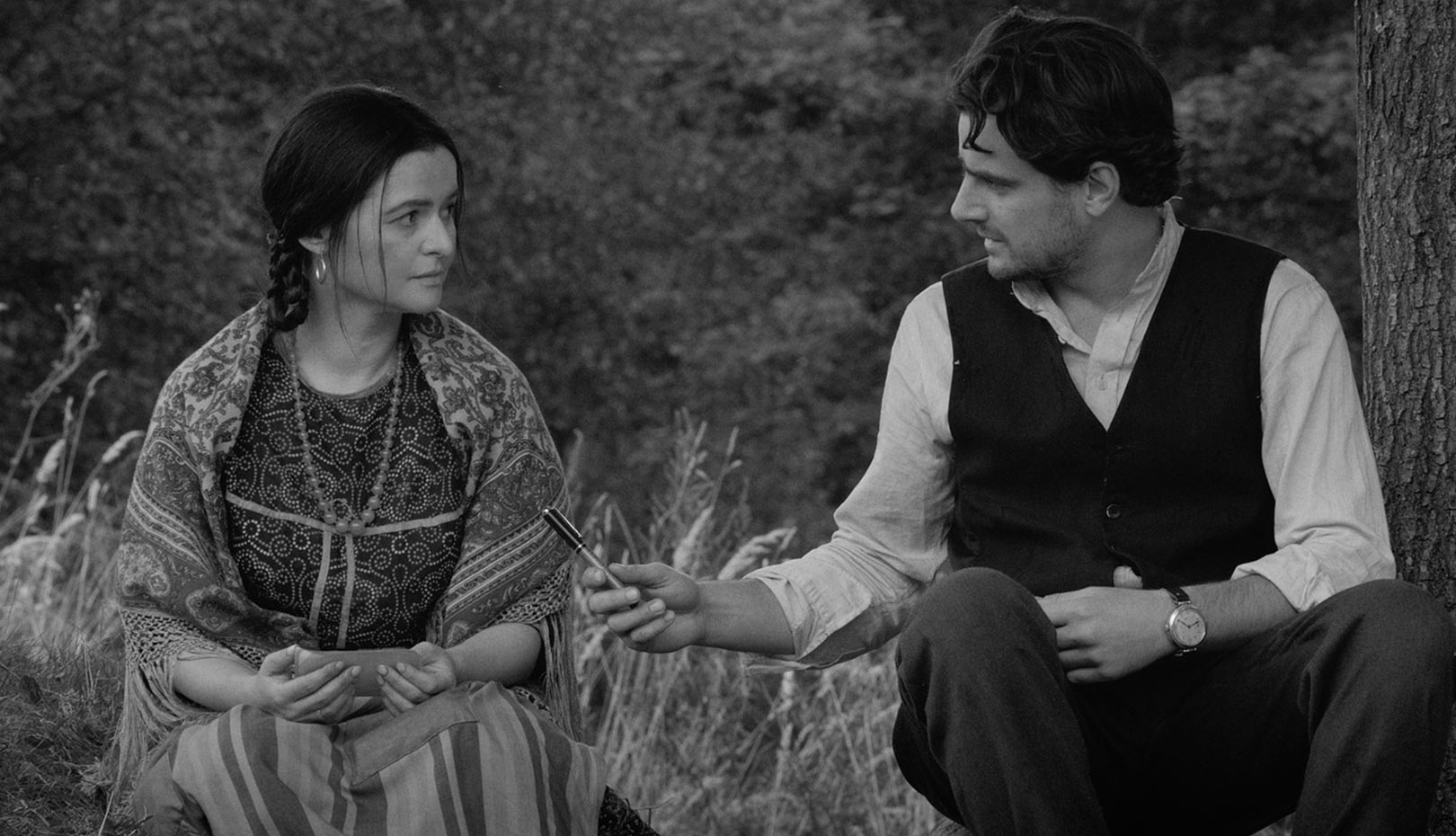 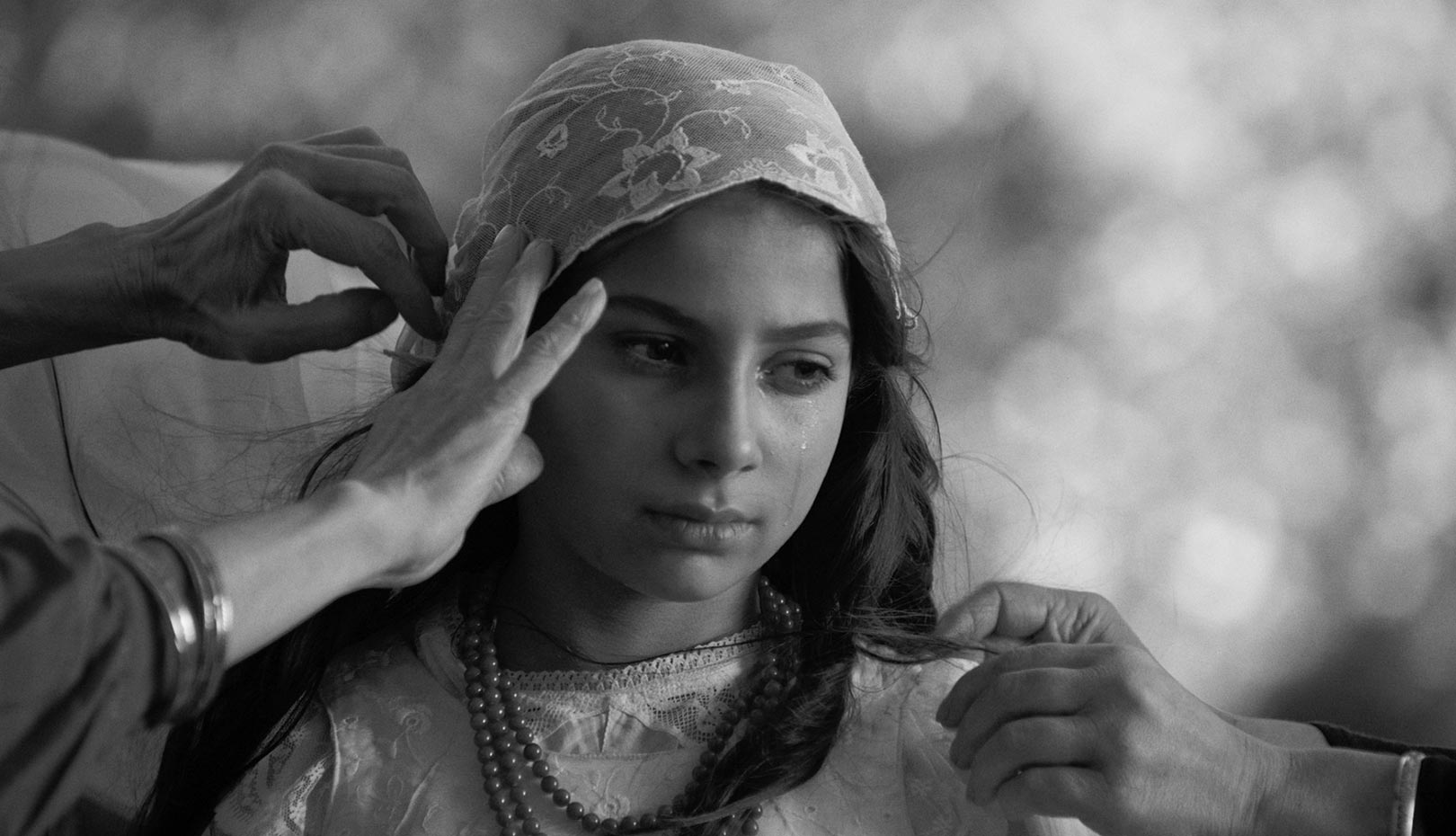 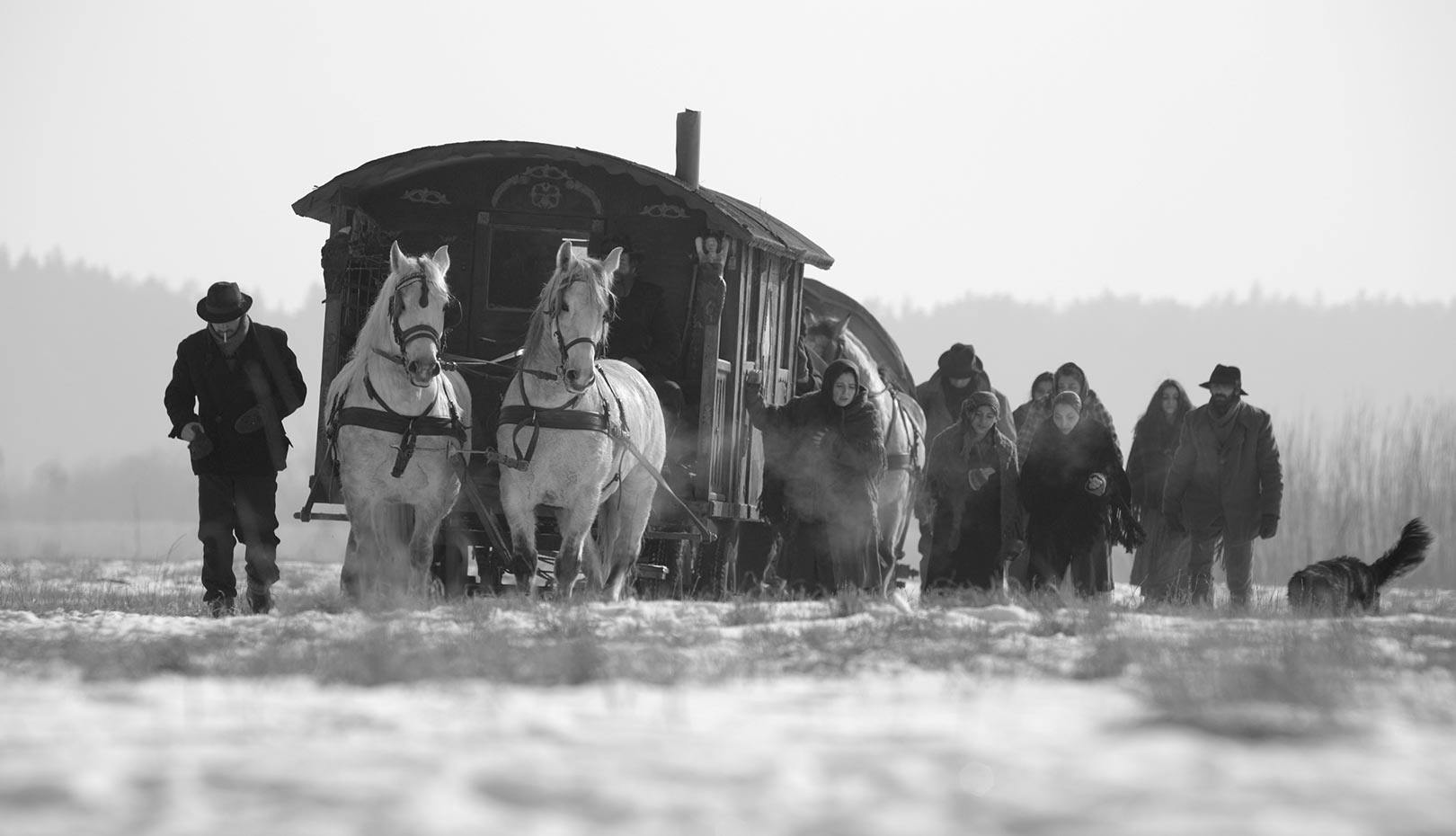 Bronisława WAJS, a.k.a Papusza, lived from 1910 (or 1908 according to some records) to 1987 and was the first female Polish-Romani (gypsy) poet. As Papusza mentions in the film, Roma is an ethnic group that has no memory—they use the same word for both ‘yesterday’ and 'tomorrow.’ Passing down innate customs verbally, these people had no need for text nor records. Reading and writing were especially prohibited for female Romanis. So her astonishing literature and her title of being “first” brought her more pain and shackles than fame and glory. When excommunicated by her people, she cursed her talent saying she was possessed, instead of resenting the oppressive community. The sense of belonging and her identity as a member of the Romani community were more important to her than her identity as an individual. This is probably why images show young Papusza often alone, apart from the community, whereas Papusza as an adult is with her family or with the community members most of the time. The community on the move in a carriage is inserted quite often and is majestic. But the desire to be acknowledged and part of the community, rather than wanting to escape the violent community, is an obvious dilemma. As a result, the film can’t be simplified as the tragic life of a genius. It does present different layers of tragedy and oppression that afflict Papusza’s body and mind, but it also presents her lifelong fight that brought her more defeats than victories. More importantly, her brilliant poems flow throughout, and it’s difficult to find the right word to express such melancholic beauty. [KIM Sukyun]