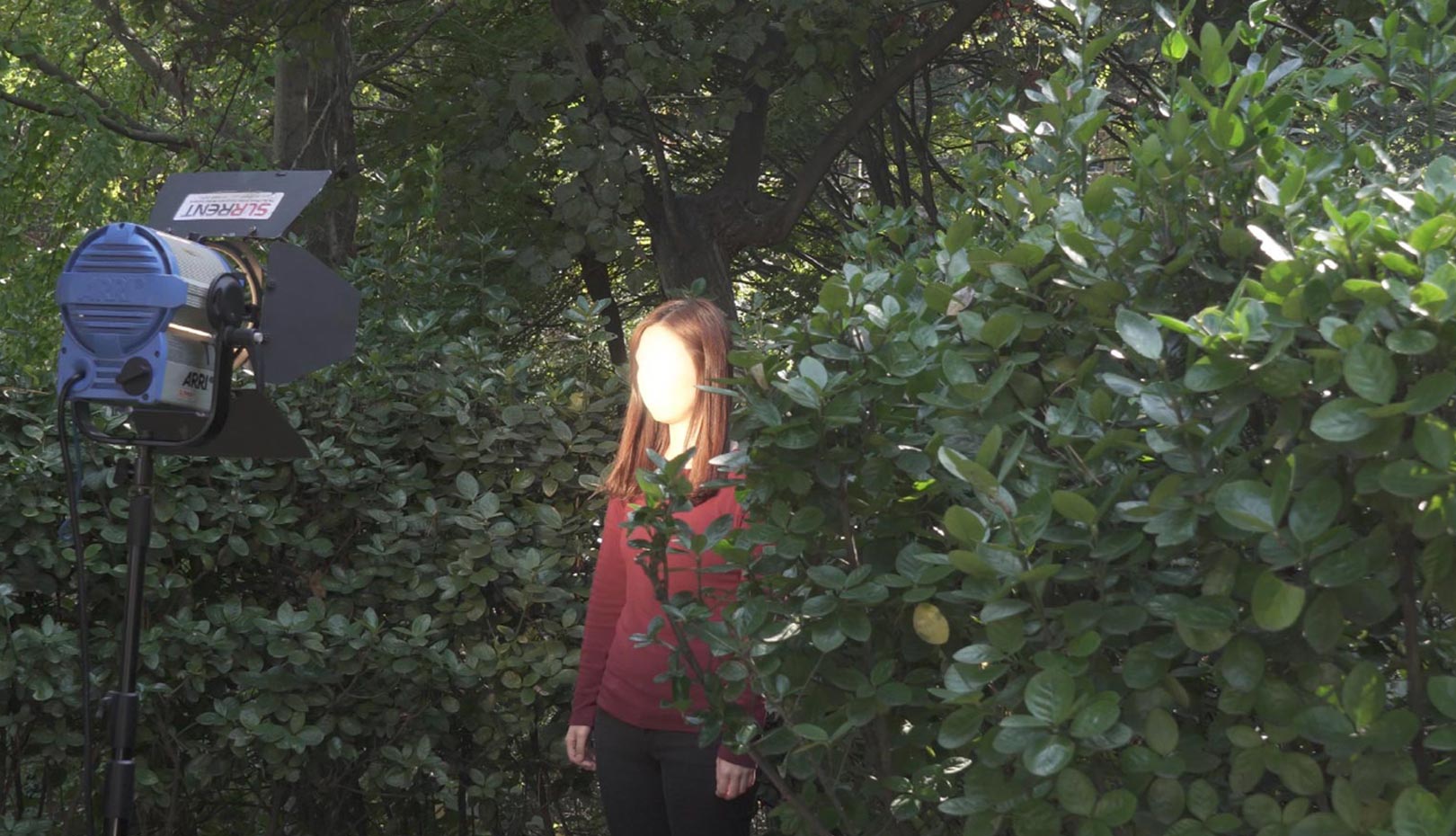 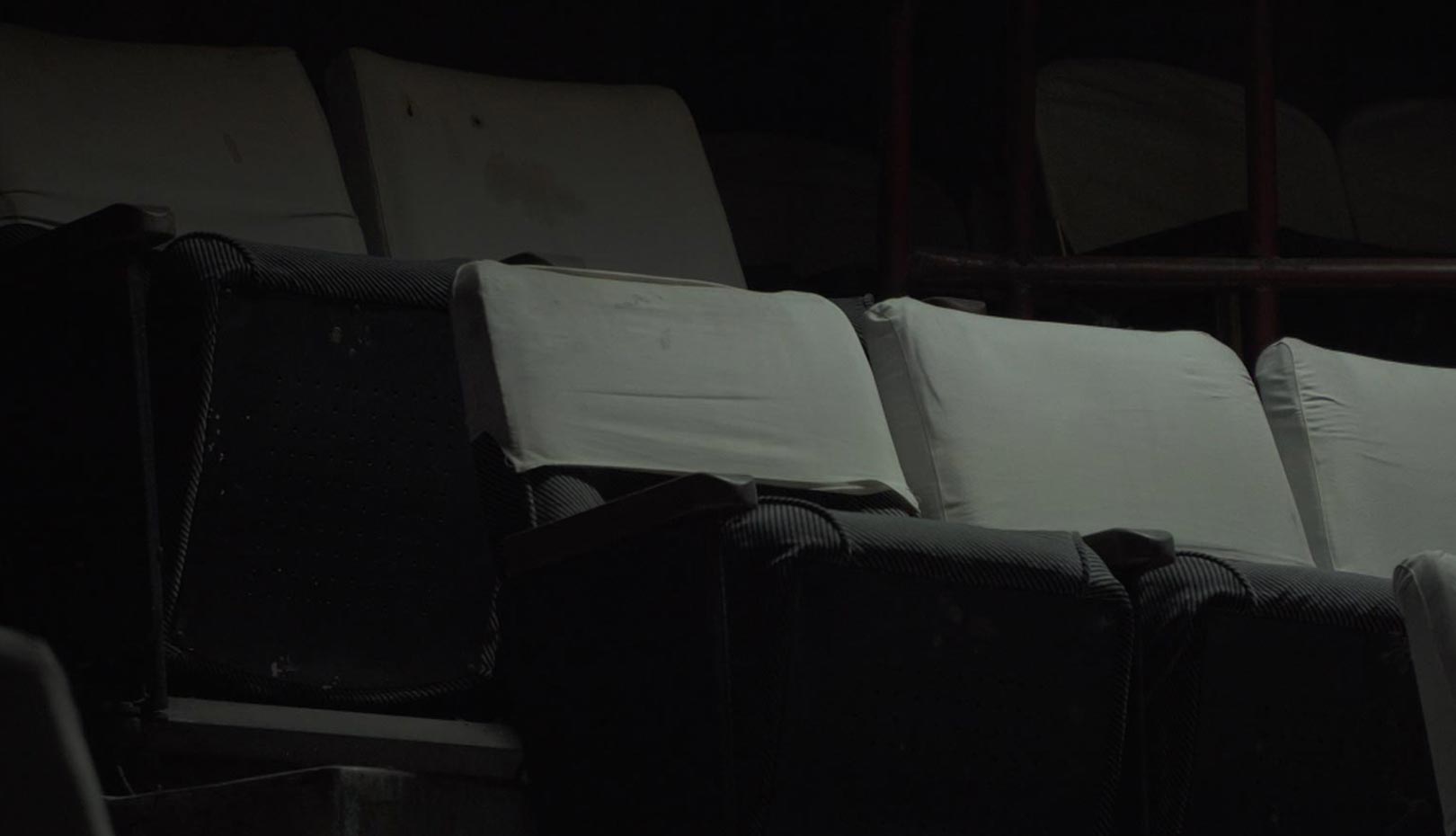 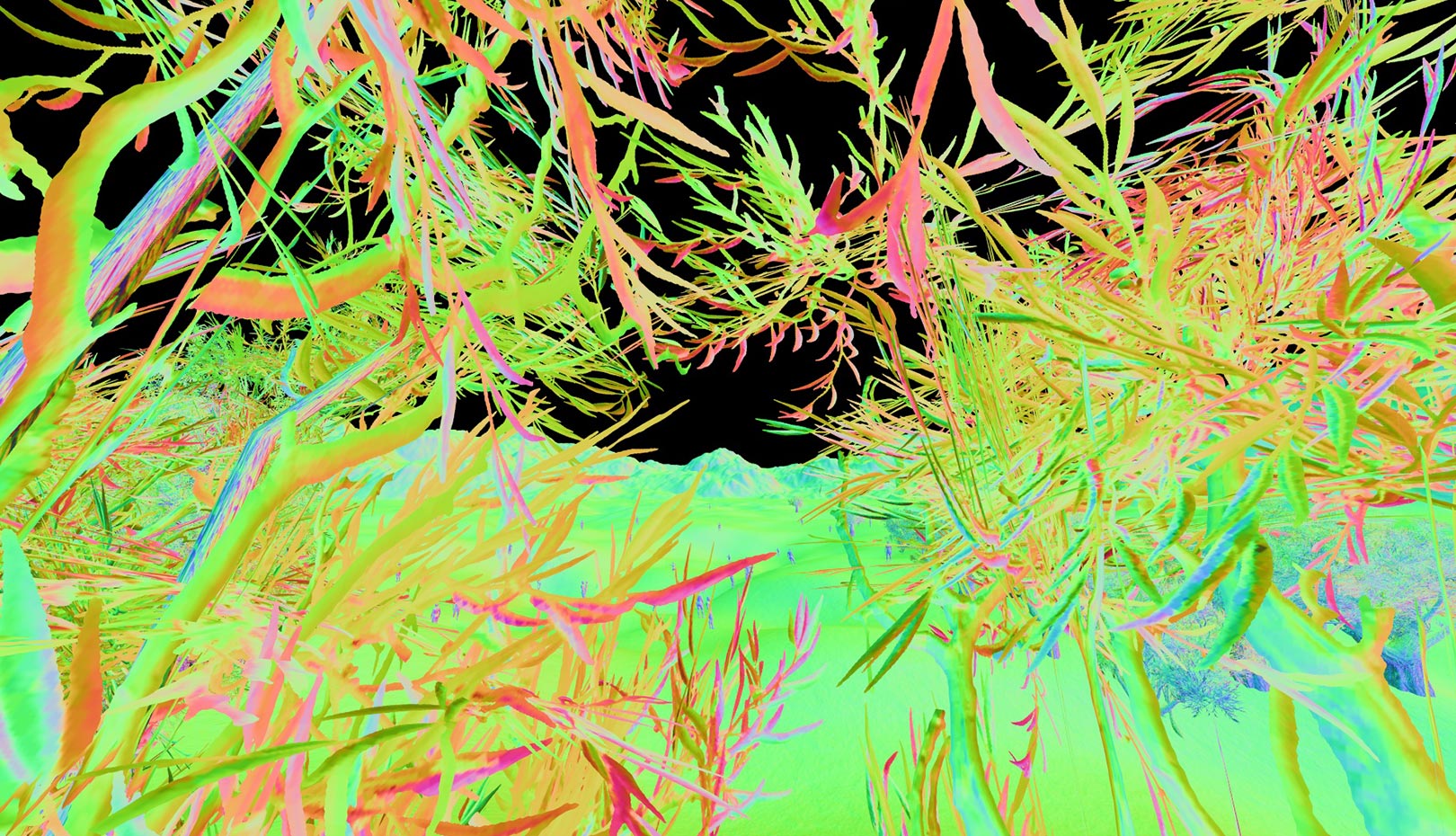 As the falling rain becomes heavier and heavier, two women talk about their dreams in the middle of the mountains. There is lighting equipment all around, and the director is giving them instructions as he films them. The title appears, followed by a shot of old urban buildings; worn-down cinemas, and old-fashioned bars that function as cabaret clubs and a cafe. Employing such visual cues, Glow Job is the latest work by IM Cheolmin, who has produced experimental films such as PRISMA and B-ing B-ing. It was filmed simultaneously with the theater production showcased at Asia Culture Center (ACC) in Gwangju in 2017. The film consists of three parts; the scene at the mountains; the shots of old buildings in Seoul where male homosexuals used to go to find partners, according to IM; and a scene where a woman watches a video made entirely of digital sequences. Such structure might seem odd at first, but there is a simple logic behind it. The possibility of real space-time being turned into a digital world, or as one actress in the film puts it, a story where one imagines ‘a different world, a different space.’ The shot of the mountains is made boundlessly flat through color adjustment technology. A 3D image is created and unnaturally placed on a flat CG image. When both of them are shown in one piece, the boundary between real spacetime and the digital world is blurred - and imagination begins. What kind of people will we meet in such new spaces, where the real and the digital are intertwined? Just as male homosexuals found each other in the dark corners of the cinema and the city, will we find someone in this other space? As the lyrics of the final song explain, our hearts will, “beat at the thought of being discovered by you.” Glow Job is a beautiful and fascinating work by director IM that floats between the real and the digital worlds. [KIM Nahyun]