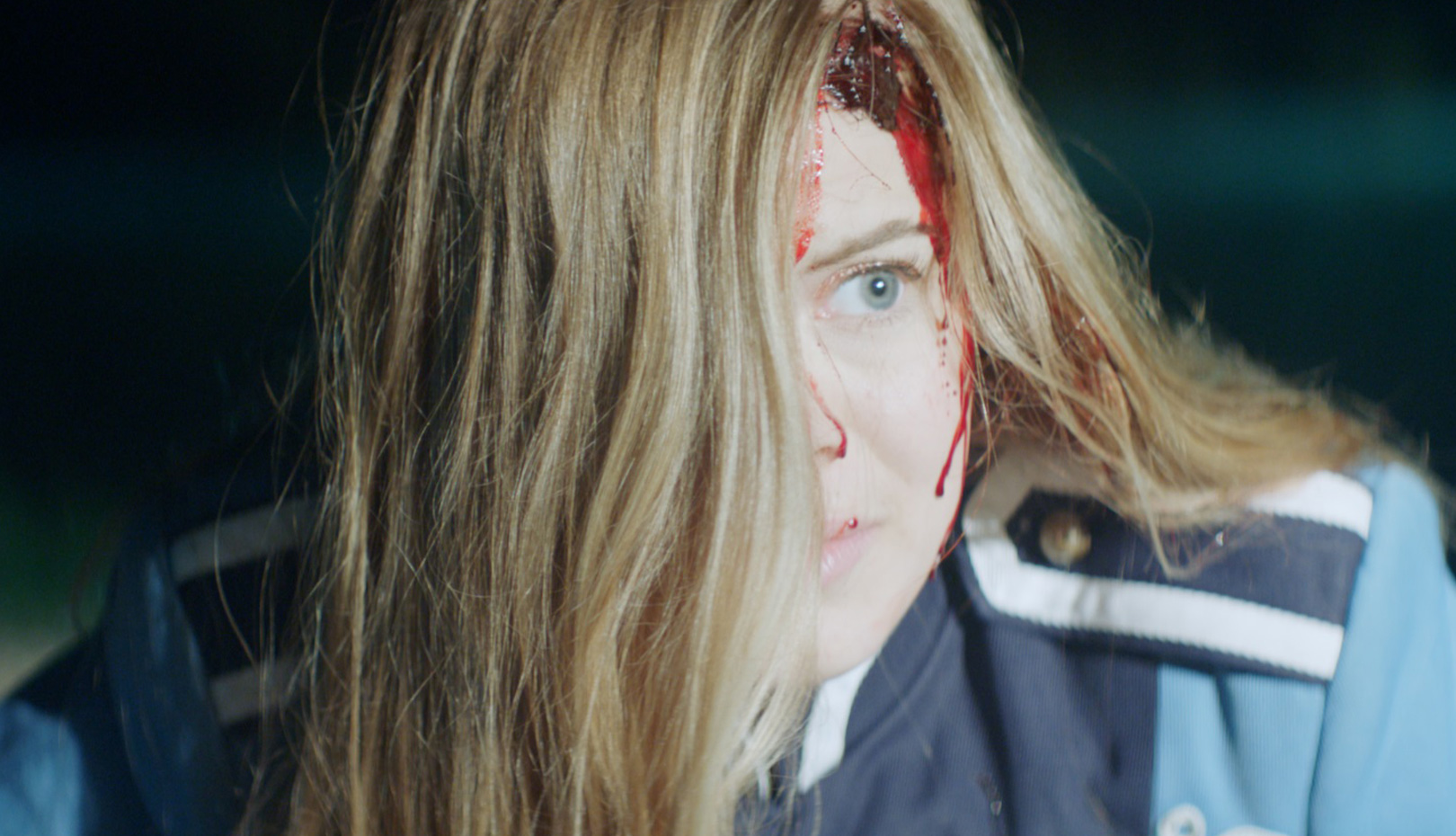 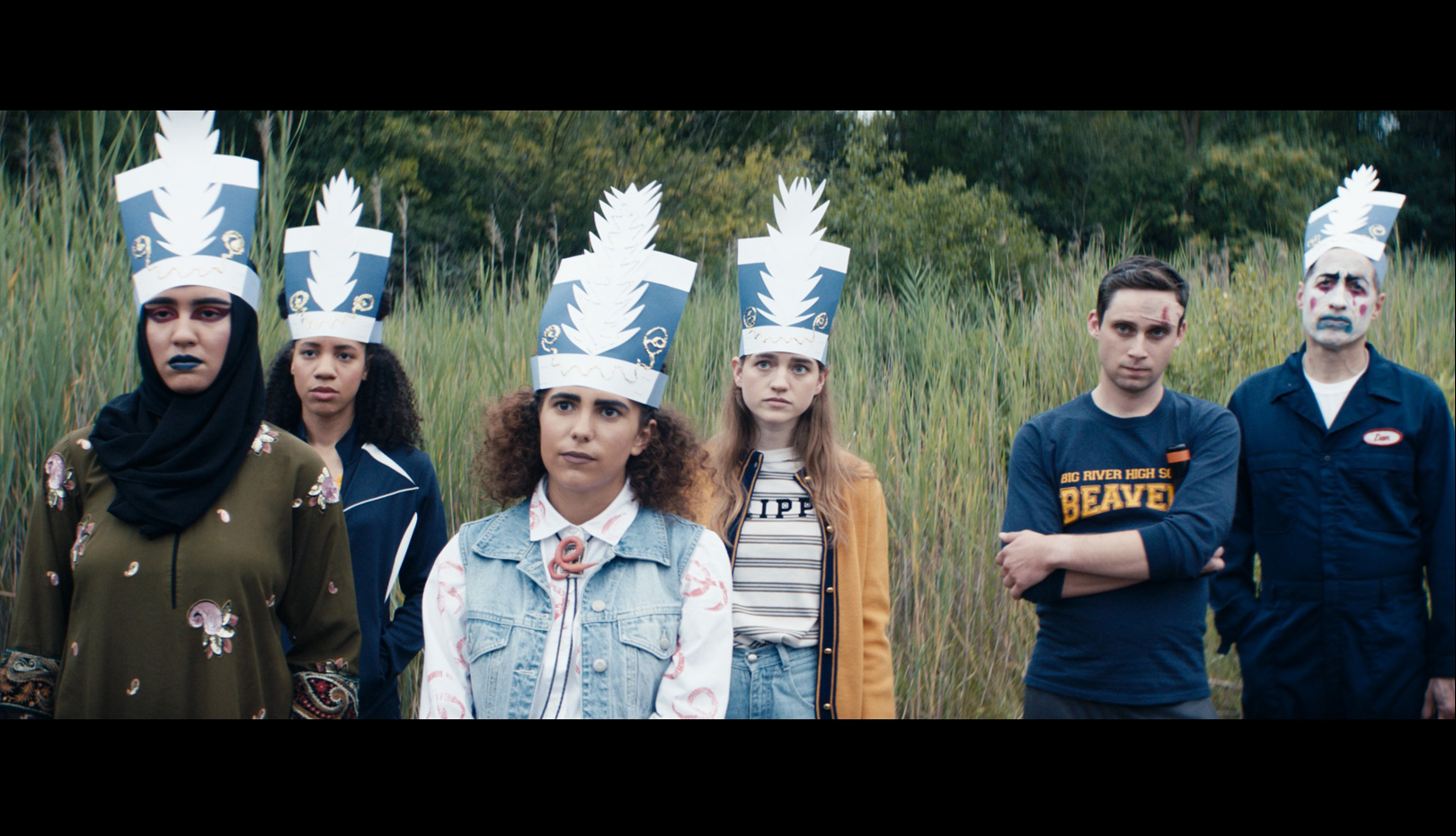 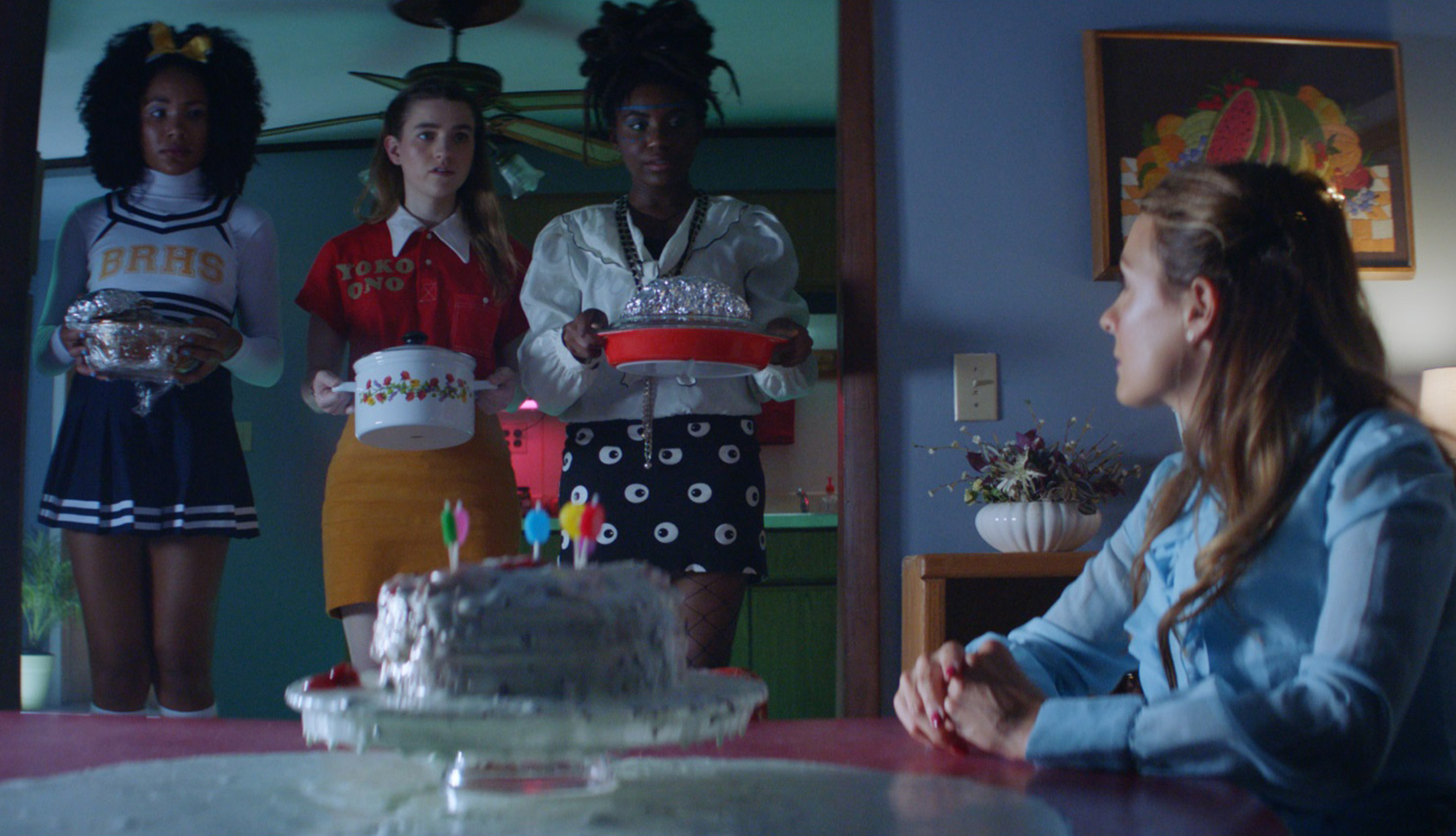 Part suburban nightmare, part neon-soaked teenage fever dream, this tantalizing mystery traces the wave of fear and distrust that spreads across a small Midwestern town in the wake of a high school girl's mysterious disappearance. As the loneliness and darkness lurking beneath the veneer of everyday life gradually comes to light, a collective awakening seems to overcome the town's teenage girls— gathering in force until it can no longer be contained. Knives and Skin is a one-of-a-kind coming-of-age noir that haunts like a half-remembered dream.

In a small US town located in the Mid-West, a high school girl named Carolyn goes missing. Triggered by the disappearance, the veiled relationships between Carolyn and her mother, her friends, and their families, come to surface. A multiracial, queer, feministic take of a Twin Peaks-esque world is where this film resides. All the adults are dysfunctional one way or another. In particular, men are either vicious or dismayed. On the other hand, girls are deviant, but smart, straightforward, and compassionate towards relationships. The costumes and production design are somewhat stereotypical, but unfettered at the same time. This peculiar visual aspect puts a unique mood into the film. The director defines this genre as a 'teen noir.' If we understand noir as a genre in which audiences watch the downfall of characters who go through trials in (non-)official social spaces, the specific spaces for girls in their teens are located either in school or with family. When the film opens, there is no interaction or common condition among the girls except the common elements of family and school. What connects all the relationships together is Carolyn's disappearance, which leads to everyone's secrets and lies being disclosed, and seemingly unrelated matters combining to build emotional solidarity between people. For this reason, the choir practice in this film matters. The practice of chanting those lyrics puts together characters and audiences who might feel awkward in this otherwise unkind presentation of emotions and events. [LEE Yumi]