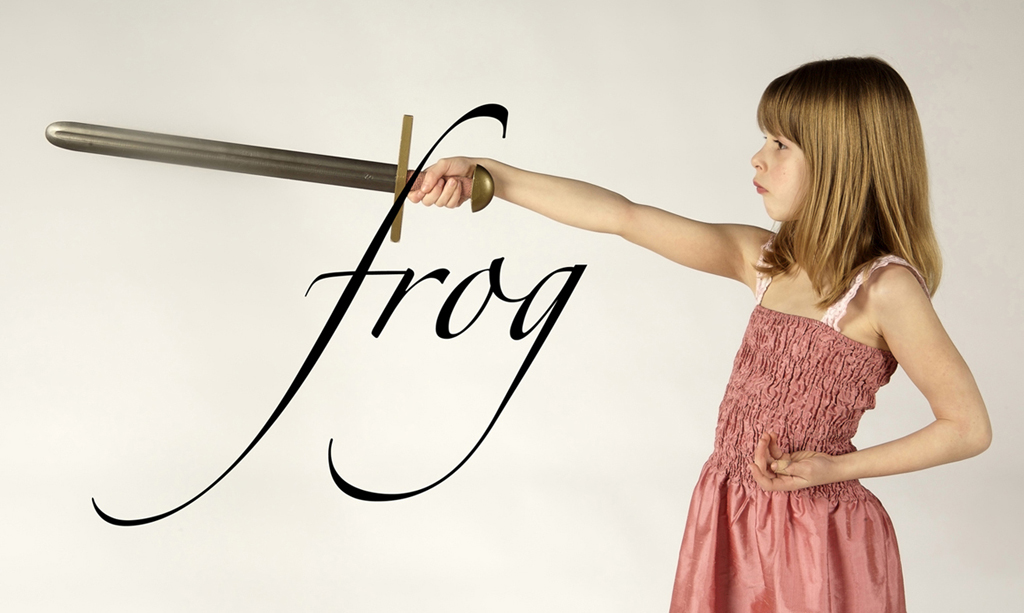 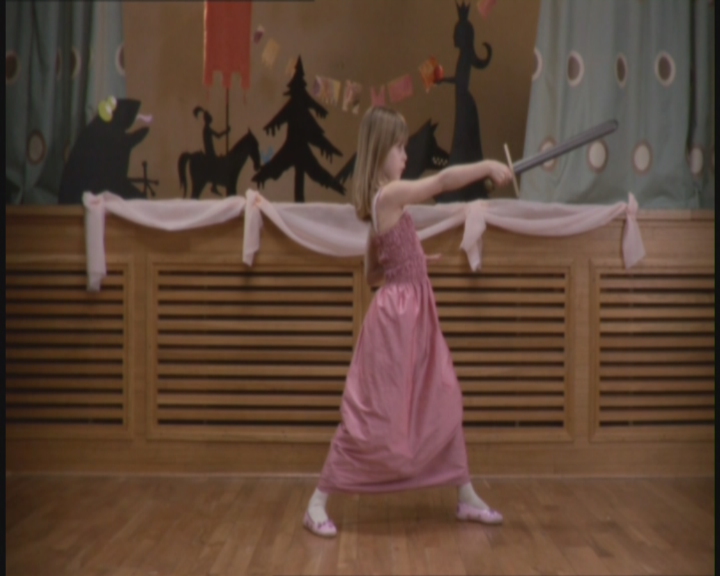 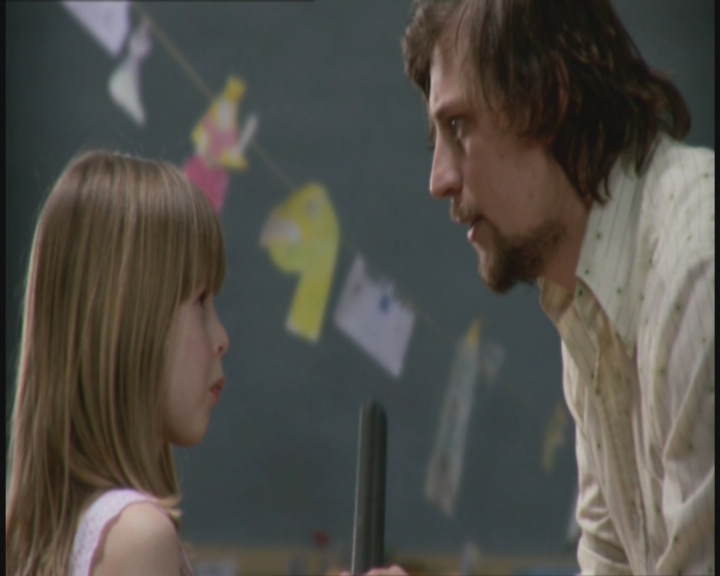 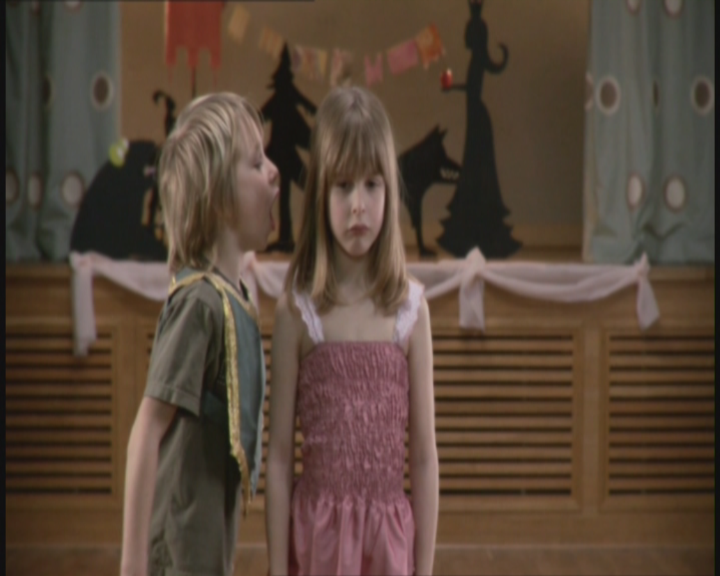 The theme for theme-day at a creche is the Middle Age. While the girls get dressed as princesses, the boys are knights with swords. One of the girls in dress also wants a sword but is the princess not supposed to carry a sword?

How many women have not been told to \"behave like a girl\" or \"act like a lady\" while growing up? Since when, by who and how was this stereotype of femininity that is being forced on women to this day created? Julia, a young girl who wants to wield a sword, is stopped by her male teacher and ridiculed by her friends. In defiance of her teacher\'s admonishment that a proper girl must not even burp, Julia belches loudly and does an imitation of a frog. As the girl energetically jumps and croaks, it is as if she has chosen to be the Frog Prince rather than the princess in the fairytale. A girl who is brave enough to stand up for her desire definitely deserves to wield a sword. It is only natural. [Jiyeon KIM]