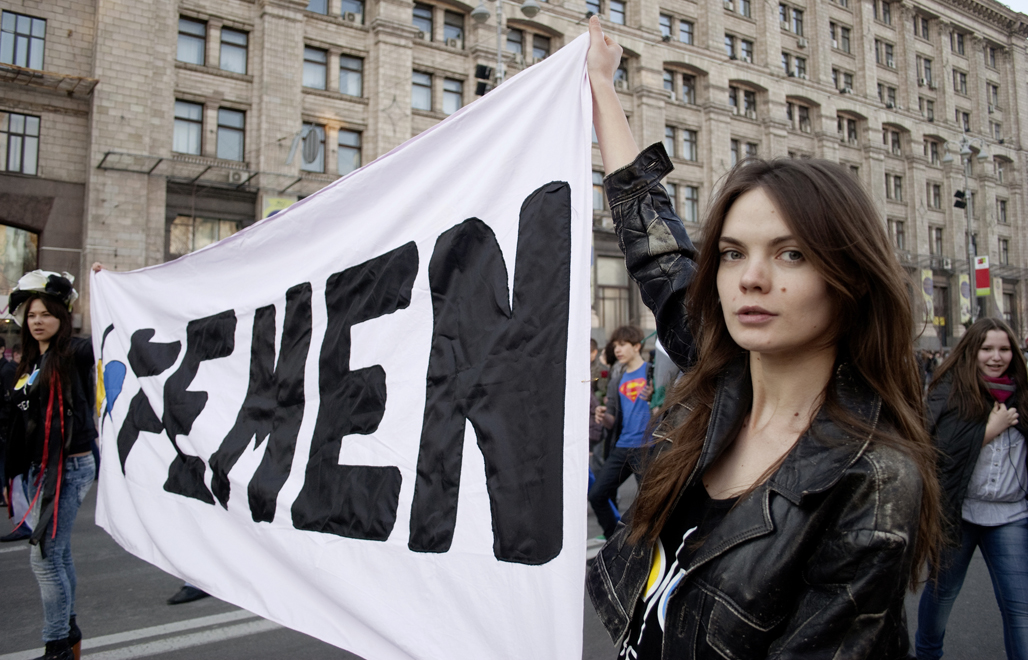 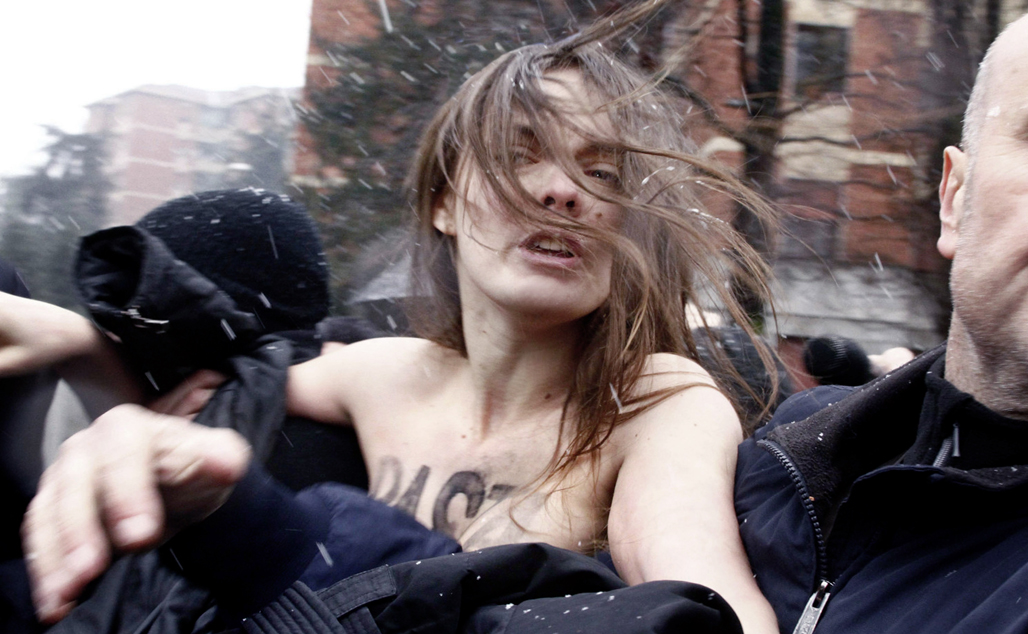 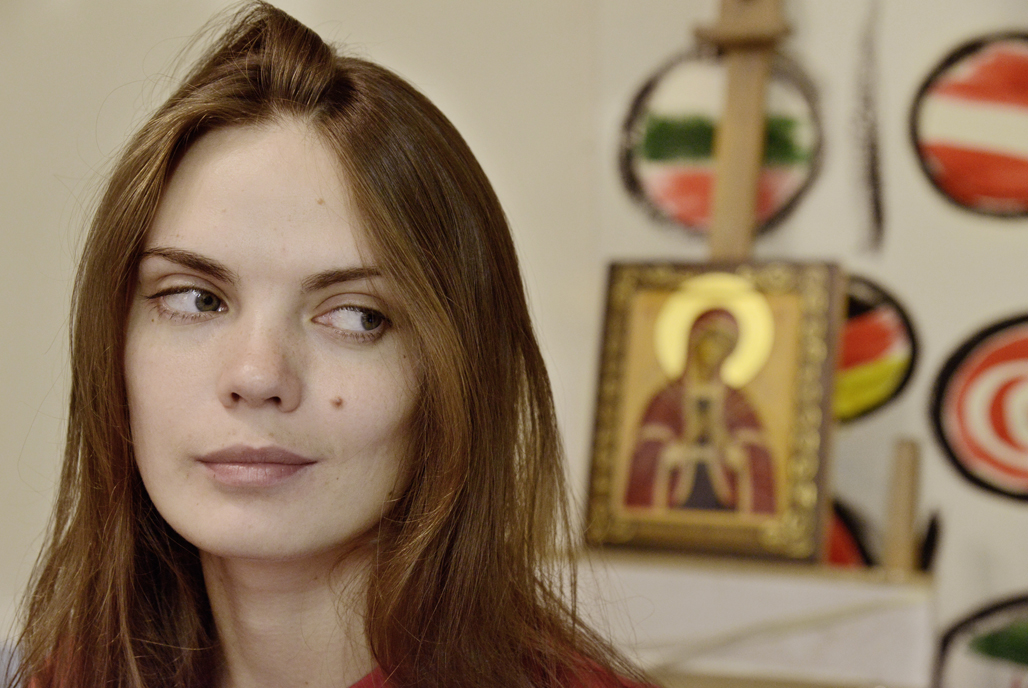 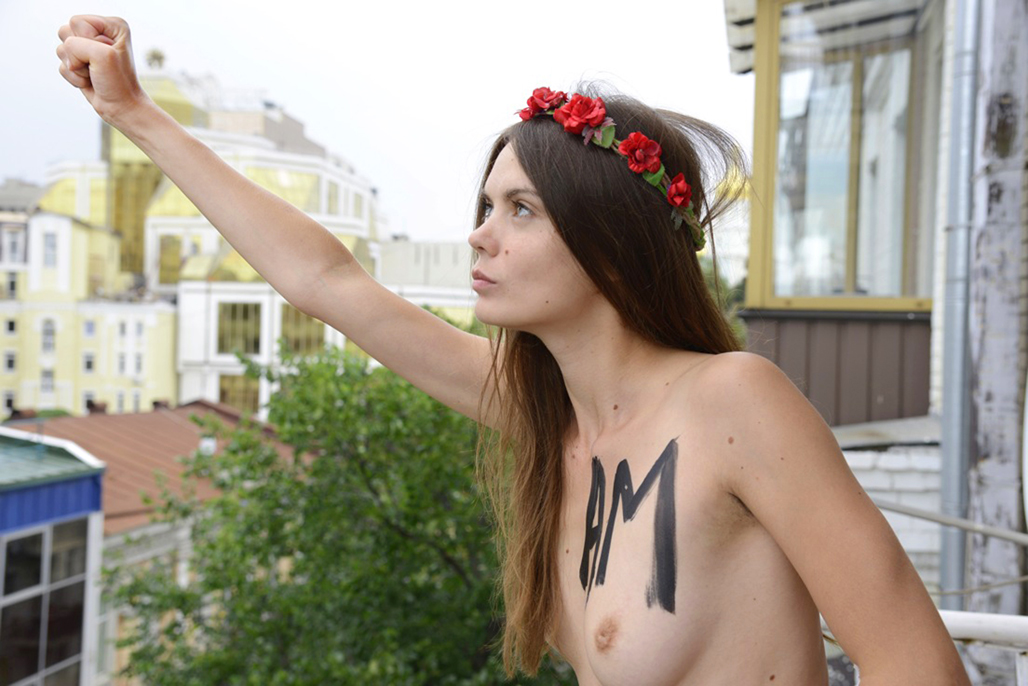 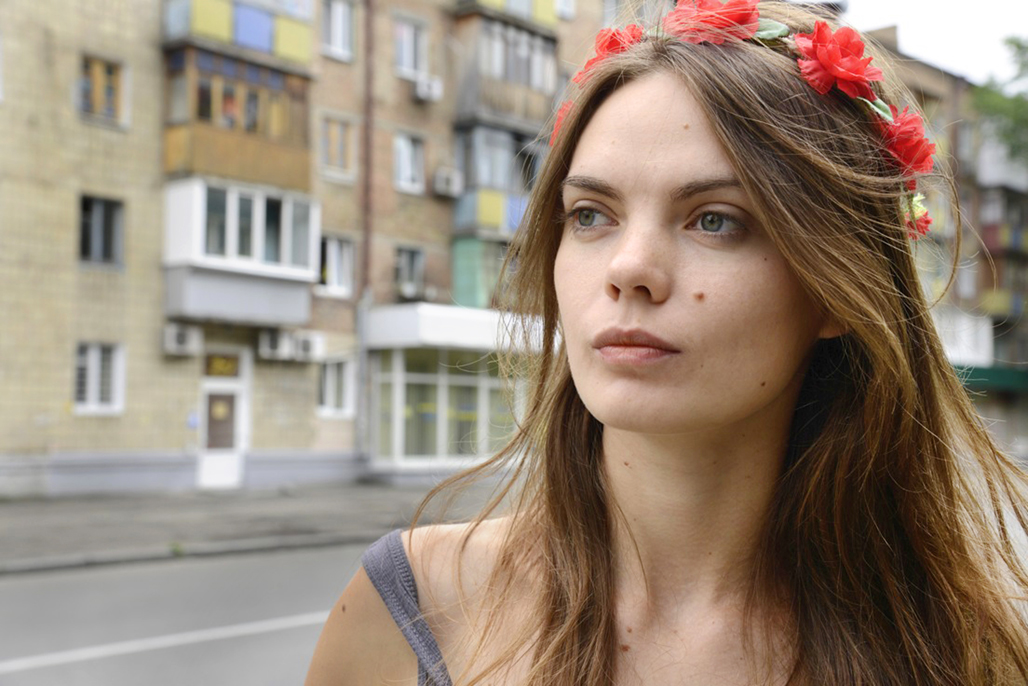 Oksana SHACHKO is a woman, an activist and an artist. As a teenager, her fascination with religious painting led her to seriously consider entering a convent but in the end she used her talent to create and promote the FEMEN movement. Between a fiery need to create and a deeply-rooted will to change the world, she co-founded the famous group of women activists, which has led her from her native Ukraine to the four corners of Europe. I Am Femen paints the portrait of a bewitching and many-faceted persona while also revealing the stories of the brave young women who have fought for freedom of speech and democracy.

FEMEN, a radical feminist protest group in Ukraine became internationally recognized in 2011. What most people know about FEMEN is the image of young white topless women crowned with flowers and painted with slogans like “Ukraine Is Not a Brothel.” It is known that these women are a part of the Ukrainian feminist group protesting against patriarchy yet, this movement has been hardly prompting further discussions. Embarrassed by its protest tactics, even some western feminists show concerns over the limitations and dangers of the way in which FEMEN activists carry out their protest. However, I Am Femen shows something more fascinating and emotionally touching behind the iconic representation of FEMEN by having a close look at why and how these young and brave women activists started the movement. This documentary film focuses on Oksana SHACHKO, an artist and activist of FEMEN seen from multiple perspectives. Her artistic talent and keen insight into reality shine through this film. As a teenager, Oksana’s fascination with religious paintings led her to seriously consider entering a convent but she eventually changed her mind, following her parents’ advice. Instead, she became attracted to philosophy, sociology and political science and decided to use her artistic creativity to change Ukrainian society. The director, Alain MARGOT has been filming FEMEN’s activities since 2011, which helped him keep comfortable distance from Oksana while creating a natural mood for the film. Especially the scene where Oksana freely and directly talks to the camera captures the intimate and affectionate relationship between Oksana and her mother and reveals Oksana’s sincere yet humorous attitudes, which works to add more color and depth to this film. [CHO HyeYoung]