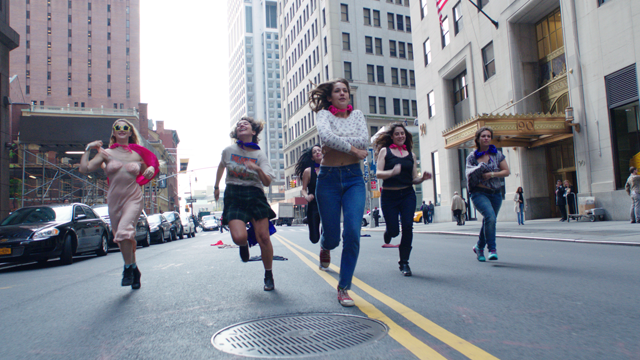 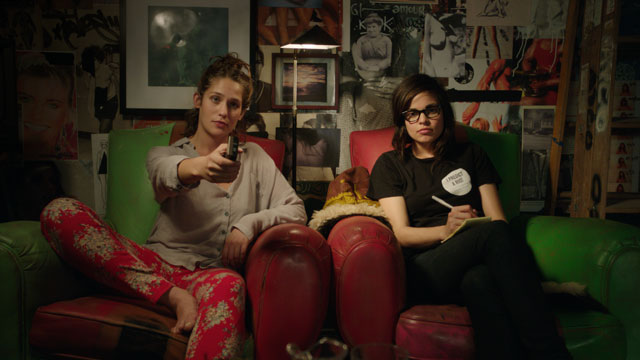 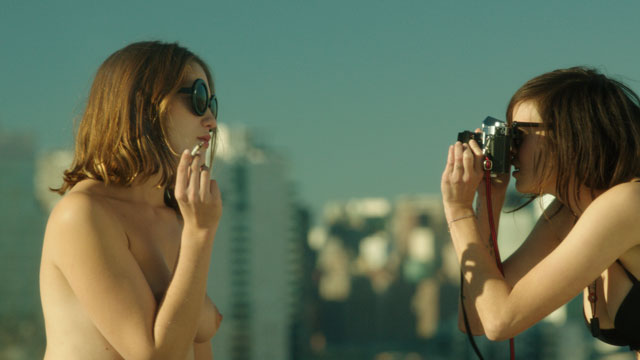 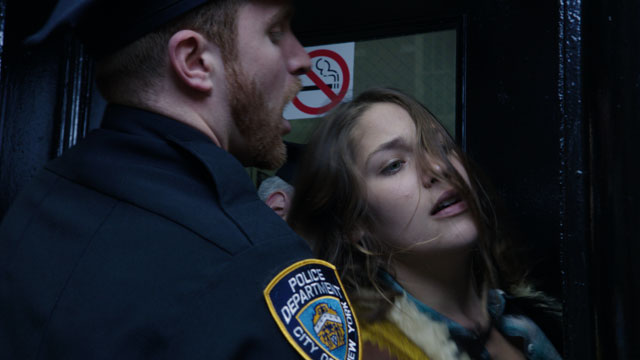 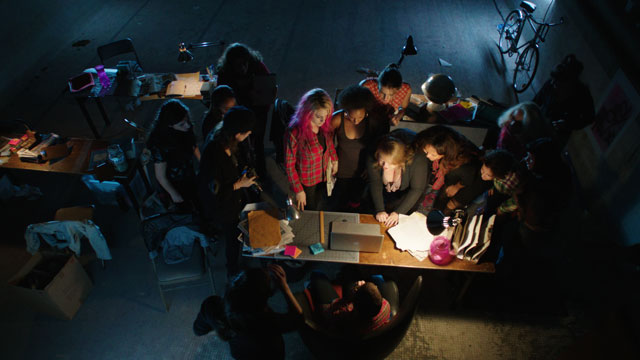 Inspired by true events, Free the Nipple follows a group of young women who take to the streets of New York City topless, to protest the archaic censorship laws in the United States. Activist Liv and With set out to start a movement and change the system through publicity stunts and graffiti installations while armed with First Amendment lawyers. The film explores the contradictions in our media-dominated society, where acts of violence and killing are glorified, while images of a woman’s body are censored by the FCC and the MPAA. What is more obscene: Violence or a Nipple?

This film is inspired by actual events. In many states of the U.S.A., it is illegal for women to go topless in public places. A number of young topless women including Liv and With rushes out to the street of New York to do battle with the antiquated censorship law. They try to make a shift in the oppressive system by hit-andrun public relations and graffiti. The film examines the contradiction of a media-governing society in which act of violence or massacre are romanticized, while images of female bodies are censored. Violence or breasts, which one is more obscene in terms of exposure? Free the Nipple is a debut feature directed by Lina Esco, a film producer and actress, and a passionate activist for female rights movements and a organization named The Dolphin Project. As the news of film production spread out, the actual campaign \"Free the Nipple\" drew a lot of attentions and supports from renowned graffiti artists, lots of committed women, celebrities such as Lena Dunham, Miley Cyrus, Liv Tyler, and etc. It is rather simplistic one that the way this film observes and structualizes the relationships between freedom of expression, female bodies as spectacles, and feminism. It demonstrates the way how young generations of women understand and practice today\'s feminism: media-feminism. This film focuses to make the best use of celebrities\' supports, sales of witty t-shirts designed by renowned graffiti artist, social medias of twitter and Instagram, YouTube, fashion magazines like Comsopolitan, MTV channels, and etc. The film and feminist movement itself earned attentions on its coolness. Young actresses\' vibrant energy and cool tunes are all over the film. [CHO HyeYoung]